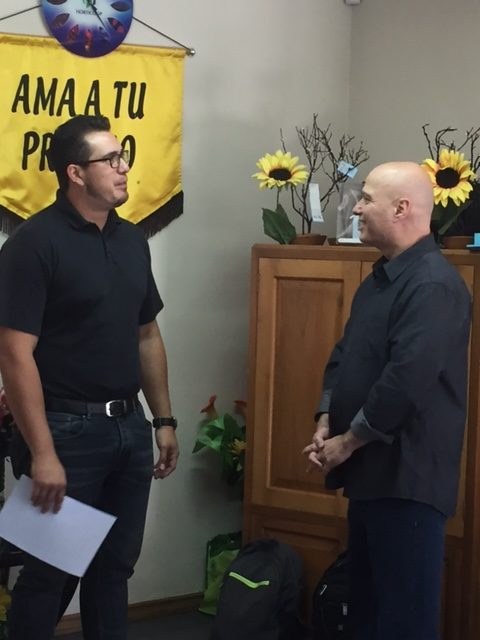 Getting the opportunity to preach at one of the largest churches in South America is an honor, but it almost didn’t happen.

I had been leading a Training Conference for around 100 leaders when one of the pastors asked me to preach. A big part of this story is that I had been having sinus problems for a couple of weeks and having trouble with my voice. After speaking from 8:00 a.m. until after 5:15 p.m., my voice was already weak. This was at 5:30 p.m. on Saturday and the church services were at 8:00, 10:00 a.m. and 12:00 p.m. the next day. I was taking a chance on my voice holding out.

After leaving the training, I tried to rest my voice as much as possible and prepared my message. I awoke at 4:00 a.m. with terrible pain in my throat and could not speak. I prayed, took medicine and rested until early morning. One of the churches I work with in Texas sent an email about a baptism service they were having. I took the opportunity to ask for specific prayer for my voice. By 7:30 a.m., I was able to speak with a raspy voice and headed to the church.

My interpreter & I arrived after the worship service had started. As I waited to speak, there was one of the elders who brought a cup of coffee on a tray. This man was such a servant; so humble and sweet. I did not want anything to drink, but I didn’t want to offend him. I took two sips of that coffee and my voice completely cleared!! I took another sip, and no one would be able to tell that anything was wrong with my voice.

I spoke for three services and prayed over at least 150 people (over 200 people came forward for prayer during the three services). It was 2:00 before I left the church and my voice was still strong and clear.