God, Are You Kidding Me? 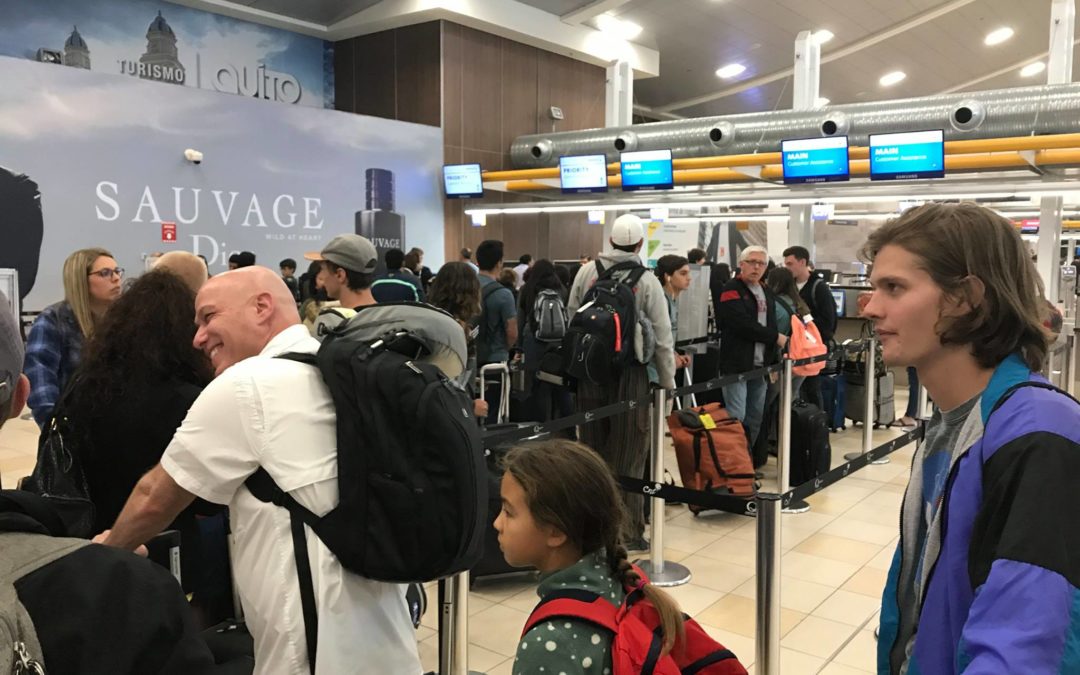 The mission trip to Ecuador was only seven days, but it was non-stop. We had to leave at 3:00 a.m. to get to the airport for the flight home so I must admit; I was looking forward to a peaceful sleep from Quito to Dallas.

While going through customs, I said my usual “Good morning, how are you?” to one of the airport personnel. He must not have many people speak to him that early in the morning so he offered to upgrade my seat. My favorite place to sit is by the window, so I was excited to switch from the middle.

As I entered the plane, there was a lady on the aisle and in the middle seat was a young man dressed in a suit. As I sat down, I realized, “God surely you would not put me by a Latter Day Saint for 3 hours because you KNOW I will have to talk to him!” I introduced myself to Elder Adler, and said, “I am going to have to sleep for a few minutes, but I want to talk to you when I wake up.”

Elder Adler was more open than a Mormon has ever been. He shared the belief that one day he will be a God and I was able to share that Satan is deceiving him just like he deceived Adam and Eve. He also said he had not sinned in two years.

Before the plane touched down, he committed to and earnestly pray for two weeks that God would reveal the truth of His Word.

For hours, we were talking and didn’t realize others around us were listening. As I exited the plane, several people said they were blessed by the words I shared. God isn’t kidding when He puts people in our path who need His truth. I pray I will never be too busy, tired or preoccupied to notice!